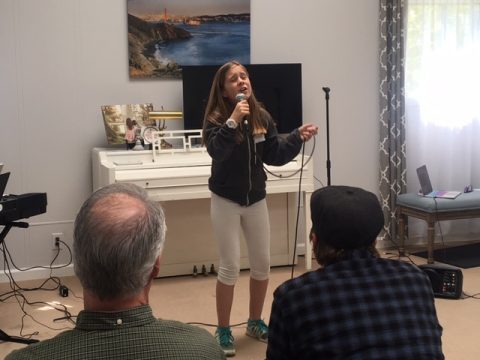 The “Rock The Stage” Songbird workshop was right on time, since our Spring Showcases are in full swing!

Most all of the students in attendance were previous showcase participants, so they came to the workshop very eager to learn! Some had performed before, but nearly all were ironing out what would be their very first time in the spotlight. Blake and I were STOKED to tag team the event!

Thanks to the World Wide Web, live concerts are at our fingertips. I believe that the best thing new performers can do is to observe others & take notes, so we began the day watching some Performance Reels.

I included famous artists on epic stages in front of huge audiences, but also showed a reel of my own with more relatable venue/crowd size. We had the students jot down things they saw, and it was interesting for all of us to see that the moves were quite similar regardless of the level of fame or show production. 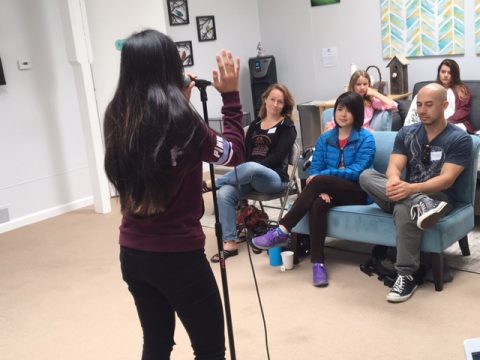 We went on to the presentation from there, covering every detail before, during, & after the show.

Some of the topics included #PREGAME (How to memorize lyrics & arrangements, how to dress & how to prepare the body and mind), #TECH (How to soundcheck & communicate with the team & how to properly handle a mic), and #STRATEGY (Nearly every movement you can do on stage, how to deal with stage fright, & interacting with the audience).

It was a ton of information, but VERY well received, as a lot of the scenarios discussed were things that our students would never have even thought about!

We took a short break & then began the real (fun) work! Our students came up one by one & gave their best renditions of the songs they’d be singing in the showcases.

Blake and I observed and then offered advice on how to elevate their performances. Since most of them are new to performing, we gave them solid blocking plans for their specific songs & encouraged them to find true emotion behind what they were singing. 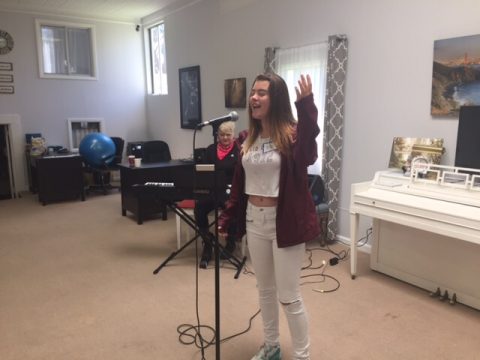 The students took the notes & tried again, applying the things that we had suggested. It was really awesome to be so hands-on with this, and it was also amazing to watch the others taking everything in, even if it wasn’t their turn. I noticed that the students who went later were trying to incorporate things they saw from our prior critiques & that was so cool!

Blake and I ended up staying nearly an hour later with a few of the attendees because we were having so much fun! It was super humbling to share what comes so naturally to us as long-time performers with those just venturing out into the public.

I think it forced us to stop and remember what it was like for us at that point, and it created a deeper bond with the students. We were no longer the “experts,” but someone who had been in their shoes. 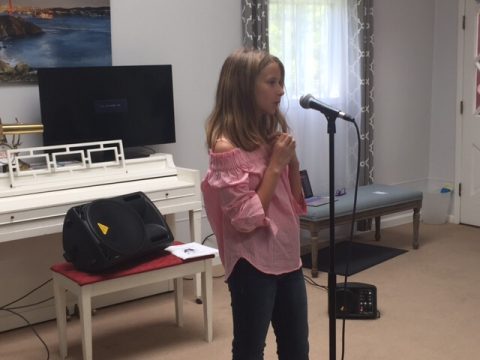 Check out our Upcoming Events for more great workshops!